Share a memory
Obituary & Services
Tribute Wall
Read more about the life story of Susan and share your memory.

Susan graduated from Burlington High School in Massachusetts. She was a cheerleader there because "I was the only what who could do cartwheels". She matriculated at the University of Massachusetts Amherst in 1969 and worked for the state of Massachusetts. Susan married Michael McGuire (hence her last name, which she liked better than Putnam) and divorced in 1973. She opened up a Hang-Gliding shop above a motorcycle repair shop run by Russ Hamilton. Susan then became a cook and spanned the U.S. cooking for the Girl Scouts, the Delta Queen Riverboat, summer camps in Hawaii, Key West and Carmel, CA. She finally settled in Grass Valley, CA as a cook and then office manager at Woolman School where she spent 30 years. She volunteered at KVMR Radio one or two days every week for 30 years as well. Russ entered her life again in 2005, and they were married in 2016.

Painter, Cook, Artist, Hang-Glider Pilot, Girl Scout, Runner, Swing Dancer, Taiko Drummer, and Wife. Susan had an unflagging zest for life. It rained the day she passed, as even the Heavens wept.

The McGuire/Hamilton family has entrusted their loved one to the care of Alamogordo Funeral Home.

To send flowers to the family or plant a tree in memory of Susan P. McGuire, please visit our floral store. 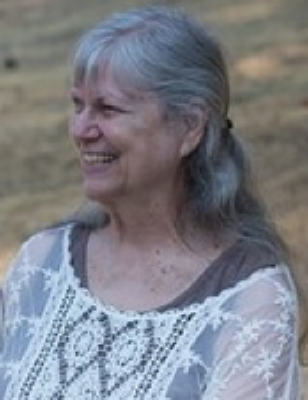 You can still show your support by sending flowers directly to the family, or by planting a memorial tree in the memory of Susan P. McGuire
SHARE OBITUARY
© 2023 Alamogordo Funeral Home. All Rights Reserved. Funeral Home website by CFS & TA | Terms of Use | Privacy Policy | Accessibility