Share a memory
Obituary & Services
Tribute Wall
Read more about the life story of Sue and share your memory.

Sue D Williams Hill, 90, passed away on January 16, 2023, in Alamogordo, New Mexico. She was born on June 22, 1932, in her grandparent's farmhouse in Chriesman, Texas to Hubert Clayton and Ethel Amanda Spruill Williams. Her father worked for a dealer in horses and her mother taught in a one-room school in Burleson County.

When Sue was three years old, the family moved to a farm in the Texas panhandle near the small town of Draw, Texas. They were very poor and lived for a while in a storm cellar, then moved into an old two room house. This was during the depression and the dust bowl days. The dust blew so badly, there were times when mother and father had to shovel it out of the house. When Sue was four years old, a sister was born into the family by the name of Joan. They then moved to the T Bar Ranch near Tahoka, Texas. When Sue was eight years old, the family moved to a ranch north of Sierra Blanca, Texas where her father worked as a cowboy for $50.00 a month. It was a terrible place with no refrigerator, no electricity, and no running water.

When World War II started, everything was rationed, including tires and gasoline which made it hard for mother to take Sue and Jo to school every day. She took the girls out of school and taught them at home on the ranch. She put Sue through fourth and fifth grade all in one year. At age 11, Sue became a Christian and was baptized in the Baptist Church in Sierra Blanca. Somehow, her dad was able to buy a secondhand piano and it was a dream come true for Sue to start learning to play. When Sue was 13, Mrs. Williams got a job teaching in Sierra Blanca. Mr. Williams bought a lot and a small house in town, and the girls and their mother stayed in town during the week and went to the ranch on the weekends. Sue got a job at the drugstore for thirty-five cents an hour. She worked from 4 until 10 at night, did the housework for her mother, and still participated in sports and got her schoolwork done. She also played the piano at the Baptist Church.

Sue graduated as Valedictorian of her class in 1949. She received a scholarship for college and her dad borrowed money from the Van Horn Bank to pay for her freshman year at Mary Hardin Baylor College in Belton, Texas. As a college sophomore, Sue transferred to Howard Payne College in Brownwood, Texas and worked at the bookstore for thirty-five cents an hour. While there, she met Otis Hill and they were married in the Baptist Church in Sierra Blanca on March 3, 1951, and continued their education.

In 1952, the first Hill daughter, Sandra Jo, was born. Sue and Otis graduated from Howard Payne in 1953, and moved to Petersburg, Texas where Otis taught high school English. In 1954, the family moved to Ysleta, Texas and daughter, Noella Sue, was born. Otis worked for El Paso Natural Gas and Sue began her teaching career at Ysleta Grade School. In 1958, daughter number three was born, Lois Lynette. Sue and Otis were both active in Ysleta Baptist Church and Sue, with the help of a fellow teacher, started a Christian Mission in Zaragosa, Mexico. This small beginning grew to several churches after Sue left Ysleta.

In 1960, Brenda Kay was born and that year the family moved to Sierra Blanca where Sue and Otis taught school for one year. In 1961, they moved to Van Horn. Otis taught, but Sue stayed home for four years. Darla Gail, daughter number five, was born in 1964. When Darla was three years old, Sue started teaching again. She taught fifth grade for two years and sixth grade English for 13 years. For 10 years, Sue held a Bible class in her home for junior high students. They had picnics, played ball, sang songs, watched movies, and studied the Bible. Many young lives were touched by God in this class.

In 1982, Sue went back to college for three summers to earn a Library Science certificate. She held the job as the junior high librarian for 17 years. When she retired in 1999, she had been teaching for 36 years. After retiring, Sue and Otis had the important role as caregivers for their daughter, Darla, who sustained severe brain damage in 1988 due to a boating accident. Sue also took art lessons and painted many pictures, giving most of them to her children. Sue was a loving wife to Otis Hill for many years. She was a dedicated schoolteacher, a hard-working housewife, and a faithful, loving mother to her five daughters. She spent many hours in prayer for her husband, children, and grandchildren. Her greatest desire for each of her family members, was that they would love God and know the peace that only He can give.

The Hill family has entrusted their loved one to the care of Alamogordo Funeral Home.

To send flowers to the family or plant a tree in memory of Sue D Williams Hill, please visit our floral store. 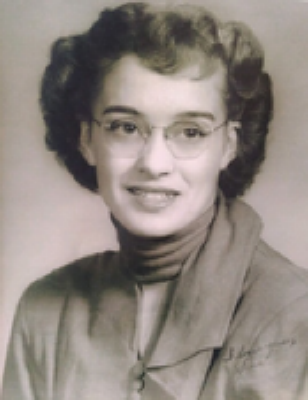 You can still show your support by sending flowers directly to the family, or by planting a memorial tree in the memory of Sue D Williams Hill
SHARE OBITUARY
© 2023 Alamogordo Funeral Home. All Rights Reserved. Funeral Home website by CFS & TA | Terms of Use | Privacy Policy | Accessibility